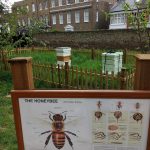 April swept by without more than a drop of rain, leaving gardens struggling for fuel at a point in the year when plants push out the most growth.. still, the restored Queens orchard in Greenwich Park looking lush! 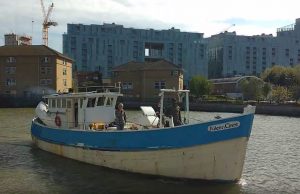 YT rushed down to the creek just as Wireless Wednesday workshop kicked off, to wave farewell to Aileen Claire the beautiful blue fishing boat that Julian Kingston had spent much time and resources refurbishing but was forced to sell.

Last Friday of each month, Undercurrents gallery refresh their exhibition at the Birdsnest. we added the Creeknet mazizone there in March and have returned to 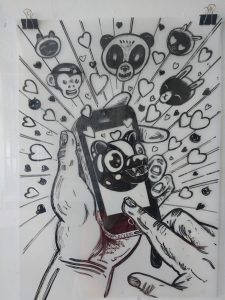 update and refresh the gallery section.  Don’t ‘starve yourself’.. of the new set and pop in before June begins. 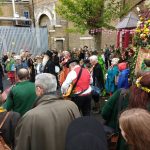 On Mayday we tracked the Deptford Foulers as they trouped from Deptford and around Greenwich spinning ‘Deptford Jack in the Green’ from public house to house accompanied by musicians and drummers.  Some great images here!

Now in mid May at last the air has been freshened up and much need drenching of the last couple of days which will go someway toward making up for the long drought. 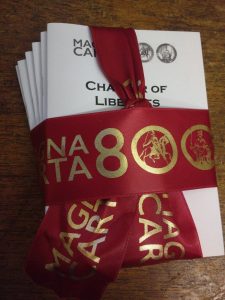 Giles Lane dropped by to visit last week with Mark Watkins – printwork collaborators and walkshop advocates. They left some great examples of direct to print publications generated from Bookleteer not least the Magna Carta celebratory set of republished liberties and rights texts which are exquisite!

This entry was posted in Report. Bookmark the permalink.